For more than 70 years, Mt. Lebanon has provided a camp experience that ensures an unforgettable week at camp. It boasts a variety of free time options including a swimming pool, water slide and more!

Register For This Camp 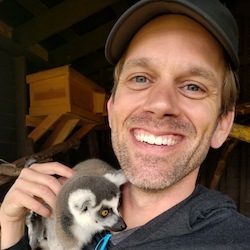 Stuart is a champion for kids, desiring to see them grow into fully devoted followers of Christ that passionately seek to change the world. He believes his job is to be an engaging communicator through storytelling in order to help kids learn about the Bible.

While at Texas A&M University, Stuart worked as a squad leader for Student Life For Kids. After college, he joined Student Life as a Camp Director where he locked arms with hundreds of Children’s Ministers and interacted with thousands of camp kids. He currently serves as the kids and family pastor at Faith Church in Kent, WA. Stuart struck gold when he married fellow adventurer, Devanee. They are raising four future Texas A&M Aggies, Asa, Abe, Archer and Arlie.

SLK Worship is a team of worship leaders who specialize in kids’ worship. They have a genuine desire to help teach kids about worshipping God, how we worship and why we worship Him. The members are all very accessible and love spending time with kids in the cafeteria, at recreation or anywhere in between during camp.

EAT
Food is served cafeteria style where students can use a tray and walk down the line.

SLEEP
Dormitory-style, large bunk rooms that vary in sizes and the number of people they can hold. A smaller bunk room may only sleep 16 people and larger rooms may sleep as many as 40 people. Bathrooms are provided in each sleeping area.
Student Life Kids Camp assigns housing based upon max occupancy of a cabin. Example: If a cabin has 40 bunk beds, we try to assign 40 people to that room, even if that means two or three churches are housed together.

Misc.
Adult chaperones must be at least 20 years of age.